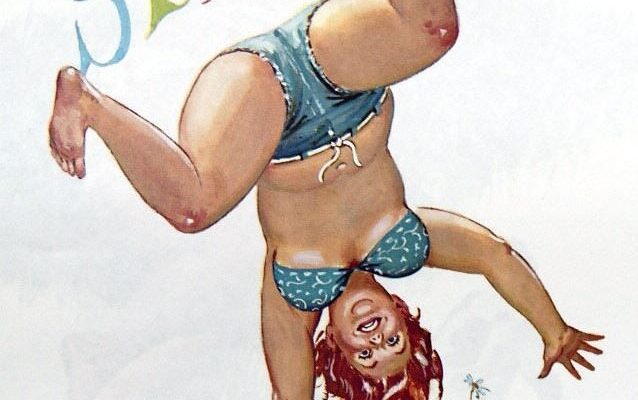 Nothing is so beautiful as Spring –

When weeds, in wheels, shoot long and lovely and lush

Spring is doing its spring thing here in Colorado, which means warm days when I don skirts and show off my winter-white legs followed by snow and temperatures in the 20s.  This morning, I woke to the grey of January and ice covering newly greened grass.  Just a week ago, in the Valley of the Gods, Utah, on the very last day of March, I was so hot, I crouched with my dog River in the shade cast by the truck.  That night, Greg and I slept with the tent windows wide open to the full moon.  Spring in the Rockies is a fits and starts thing—no gentle bloom for us, no building to a glorious explosion of green.  Instead one day I’ll see hopeful buds on lilacs and the next they’ll be encased in ice and I’ll know the waiting—for flowers and the breathless greening of the foothills, along with consistently warmer days–has begun.

Up on the mountain, spring was always a shy, elusive creature.  I was never sure I was out of the winter woods until the first week of June.  Until then, anything could (and did) happen:  hummingbirds chipping through an inch of ice at the feeders in May, me scrounging for wood for the stove to take the chill off even later.  But last year, the prairie, where I’m a temporary resident, had its own form of high altitude spring as a foot of snow fell mid-May and Greg rushed out to cover pea vines along with our patches of rhubarb and strawberries, spinach and radishes.

This year the wait has real weight as I hold my breath for June 5th when #RoughBeauty debuts. Writers are forever talking about how flat out hard it is to write and edit a book—how fraught, how onerous–but I’m currently of the mind that the year and a half I spent writing and rewriting was nothing compared to the six months of question marks and “what ifs?” running up to release as my thoughts pop like corn anticipating blurbs, buzz, and reviews.  I waited ten long years to get this book out, but now–I want it out.

With roughly seven weeks to go and spring nowhere in sight, I’ve started my annual cleanse—three weeks of vegetable-forward food and twice daily doses of detox tea.  My motto?  Make it harder.  I’ve never been the kind of person who hides from anxiety in a bottle or even in bed; instead I give myself something to put my shoulder against.  So while I’m waiting for things to “shoot long and lovely and lush” in the landscapes of both spring and publication, I am distracting myself with the somewhat difficult task of trying to take as much pleasure in “power fruit smoothies” and sprouted grain tostadas as I do with duck breast laced with blueberry balsamic glaze served with a glass of bubbly.  By the end of three weeks—and almost half way from here to my pub date—I’ll have shaved off a bit of the wait and lost a few pounds too.

Karen Auvinen is poet, mountain woman, life-long westerner, writer, and the author of the memoir Rough Beauty: Forty Seasons of Mountain Living. Her body of work traverses the intersection of landscape and place, and examines what it means to live deeply and voluptuously, and has appeared in The New York Times, The Columbia Review, Ascent, The Cold Mountain Review, and Bill and Dave’s Cocktail Hour, among others. Awards include two Pushcart Prize nominations, a Harcourt Brace Jovanovich Imagination Award, two Academy of American Poets Awards, and a Jentel residency. She earned an MA in poetry from the University of Colorado and a Ph.D in fiction from the University of Wisconsin – Milwaukee and presently teaches film and media studies to freshman at the University of Colorado – Boulder. Past gigs include Writer-in-Residence for the State of Colorado, editor, book-buyer, rural postal route driver, caterer, clinic assistant, landscaper, summer camp director, and guest chef. She lives in Colorado with the artist Greg Marquez (www.artquez.com), their dog River, and Dottie the Cat.

For this post, I excerpt the prologue of my memoir, Rough Beauty: Forty Seasons of Mountain Living, a Colorado Book Award Finalist, […]

For years, I could see the Indian Peaks from the deck of the little cabin.  My life was oriented east-west.  The sun […]

On the coldest morning of the season, when the day dawns just above zero and the expected high is only 5 degrees; […]


I’m lousy at spring cleanses. As I’m aging (71 going on 72), both my appetite and taste buds have dimmed, and I’m in a “cereal for dinner after work” rut. It takes time to cook, with love, something as gorgeous as duck breast laced with blueberry balsamic glaze served with a glass of bubbly. I buy Odwalla (I’ll be going to hell because it’s a Coca-Cola company, I just learned) instead of concocting a “power fruit smoothies,” never mind the sprouted grain tostadas. What does one do when full-time work saps me of appetites both physical and, often, mental. Thank heavens it’s garden season, and though mine is a postage stamp-size xeric affair in the back, the joy of the day is snipping spent blossoms and sprucing up shriveled leaves while I encourage my native Colorado wonders to be healthy and prosper. And then I open a package of oatmeal, cut up a banana, and call it good. Life lacks flavor …


Jeannie, The cleanse actually makes my taste buds more sensitive (I think it’s cutting out sugar). Plus I’m of the mind that it’s just as easy to eat healthy. Fast dinner? Scrambled eggs and a salad. Or toss something on the grill and serve it it with grilled veg or another salad. There’s pleasure for me in the ritual of food, the thinking, the planning, and yes, the eating.


Karen, finally someone (you) has put words to the feelings I have about my body and constant struggle with self-esteem. I am about your age, but probably over 70 lbs overweight. Yet I still do a 5 mile hike every day (with my beloved dog Lily), and because I’m so self-conscious of my weight, I make sure to go as fast as I can since I assume anyone who I meet on the trail must be judging me as someone who probably is doing this for the first time (because otherwise, I’d be thin, right?) I don’t claim to eat as healthfully as you – I’m addicted to sugar. I resent that what I consider to be my only vice has to be advertised to the world as excess weight, while others who are addicted to gambling, drugs, out-of-control spending, etc. can for the most part engage in those behaviors and the general public would never know about them – and even if they did, they are rarely judged as harshly as an overweight woman. I feel both invisible and conspicuous at the same time. I love your conclusion that “the heaviness weighs far more than the 50 lbs I could lose” Me too!


Hi Laurie, it is frustrating to live in a culture that is clearly still so fat-phobic and it breaks my heart that beautiful women feel “invisible and conspicuous” at the same time. Our bodies should be our passport to the world–the way we smell, taste, touch, and see it. Denying that pleasure, I think, is one more way to keep women in their place. Embracing the body is an act of resistance. And an act of profound love. Thanks for writing. All good things, K

QUOTE OF THE DAY

I know what the world is made of and I still love all of it.