Join 863 other subscribers
I will freely admit I have a love/hate relationship with the Jamestown Pie Contest, a feature of Jamestown’s Annual 4th of July celebration.  Since I am known as a cook in town, and even work and bake at the local cafe, winning a baking contest, especially one judged by my own people, should be easy, right?
Right. 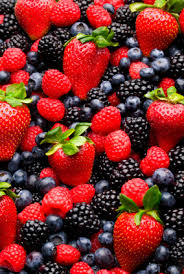 The first year I entered, I thought, a bit cockily, “This should be a snap.”  I made a champagne peach pie with peaches marinated in vanilla bean and bubbly overnight.  My housemate at the time, Bonnie, entered a mixed berry pie.We had a friendly baking rivalry, but I wasn’t worried.  I was the professional cook and she was down home.  I made bordelaise, she made “gravy,” when she cooked marinara.  I had chilled my crust for 24 hours and had baked my pie the night before so I was sure it had set up.  Bonnie, on the other hand, made a crust that morning and put her pie in the oven, and then went on a hike.  I ended up pulling it out to save it from burning when she didn’t return on time.
Of course her oven-warm pie wowed the judges.  She won.  I came in 2nd place.
In accepting her ribbon, Bonnie was so happy, she teared up.  Outwardly, I cringed a bit.  It wasn’t that big a deal, I told myself, somewhat embarrassed by Bonnie’s Miss America-type display; but inwardly, I was crushed, my ego in shreds, and more than a bit chagrined that my reputation had been so easily dismantled.  I would never live that loss down for the remainder of the time Bonnie and I lived together—her ribbon  took up a prominent place in our kitchen and she was not too small to remind me from time to time of her triumph–but I tried to grin and bear it because it made Bonnie so happy, and because I told myself it was nothing.
Of course it was not nothing. 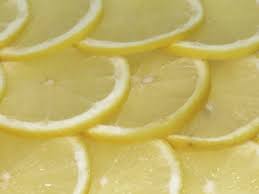 The next year, I stepped it up; my strategy was to make something  more technical and so amazing that I’d gallop away with the win.  So I entered a shaker lemon pie.  For this pie, you slice two organic lemons paper thin, macerate them in sugar overnight and then add eggs and bake in a full pie crust.The result is pure lemon, but the golden curd has bits of candied rind floating around it in.  That year, one judges pulled me aside after the contest was over and told me secretly that it was, hands down, the best pie she’d ever eaten.  “But,” she added, “some of the judges thought it was weird.”
I came in 3rd.
Thinking I needed to dumb it down a bit, for the type of judges who might be eating pie (mostly beer swilling mountain guys) my strategy the next year was to be simple.  I tried to go with what was in season and something mom would make.  I entered a blueberry pie, but gave it a hint of cookwise with a lemon zest-spiked crust.  The result?  Second place.
I kept trying.  Each year, I’d be hopeful, confident of my recipe and my ability.  One year, I entered  a blackberry pie; another, a strawberry cream pie which turned out to be a runny disaster when I forgot the cornstarch; still another year, a blackberry berry peach pie, followed by a raspberry peach.  Then I tried the Shaker lemon again.
The results? 2nd Place.  No place.  No place.  2nd Place.  3rd Place.
I stopped keeping track, except  I knew I wasn’t winning.  And then I stopped entering.    This, after I began entering cakes, too, when a cake contest was added, finishing—you guessed it—in 2nd place.  For a few years, I judged instead and, another year, ran the contest.  Wildly unimpressed by the pies–with the exception one gorgeous sour cherry pie I that was so sublime, I flat out overrode a judge who refused to give it high marks because “he hated cherry,” proclaiming it with the other three judges, the winner–I began to see the contest as my personal Waterloo.
It’s long chapped my hide that I can’t win a small town baking contest.  Outwardly, I snarked about “pearls before swine” about my entries, admittedly not all of which were  stellar, but inwardly I’ve still harbored a burning need to win.
This year, I dropped off a southern coconut cake and a red, white and blueberry surprise pie, pieces that I had been working on for days.    So much for not caring.
The pie was a simple strawberry pie baked into a cream cheese pie crust.  After it came out of the oven, I tossed fresh blueberries in a simple syrup, let them drain, and arranged them on top of the pie.  Then I decorated it with pie crust stars, washed in egg white and dusted with turbinato sugar.  But the contest started a 30 minutes before I thought, so when I arrived, the cake judging had already been done.  Rainbow, a cake judge and friend of mine and also owner of the local cafe, said, “Sometime you have the worst luck.”

Disgusted, I plunked down both pie and cake, hastily wrote my name down, and left.
Later, I found out that I had, at long last, won.  My pie came in 1st place.
I didn’t get my teary moment.  Or the proud walk to the microphone to get my ribbon.  After all this time, alas, the win has much less wind in its sails.
I’m already thinking about next year (but, in my head, I’m waiving and crying).

Look for the crust and pie recipes on the recipe page.